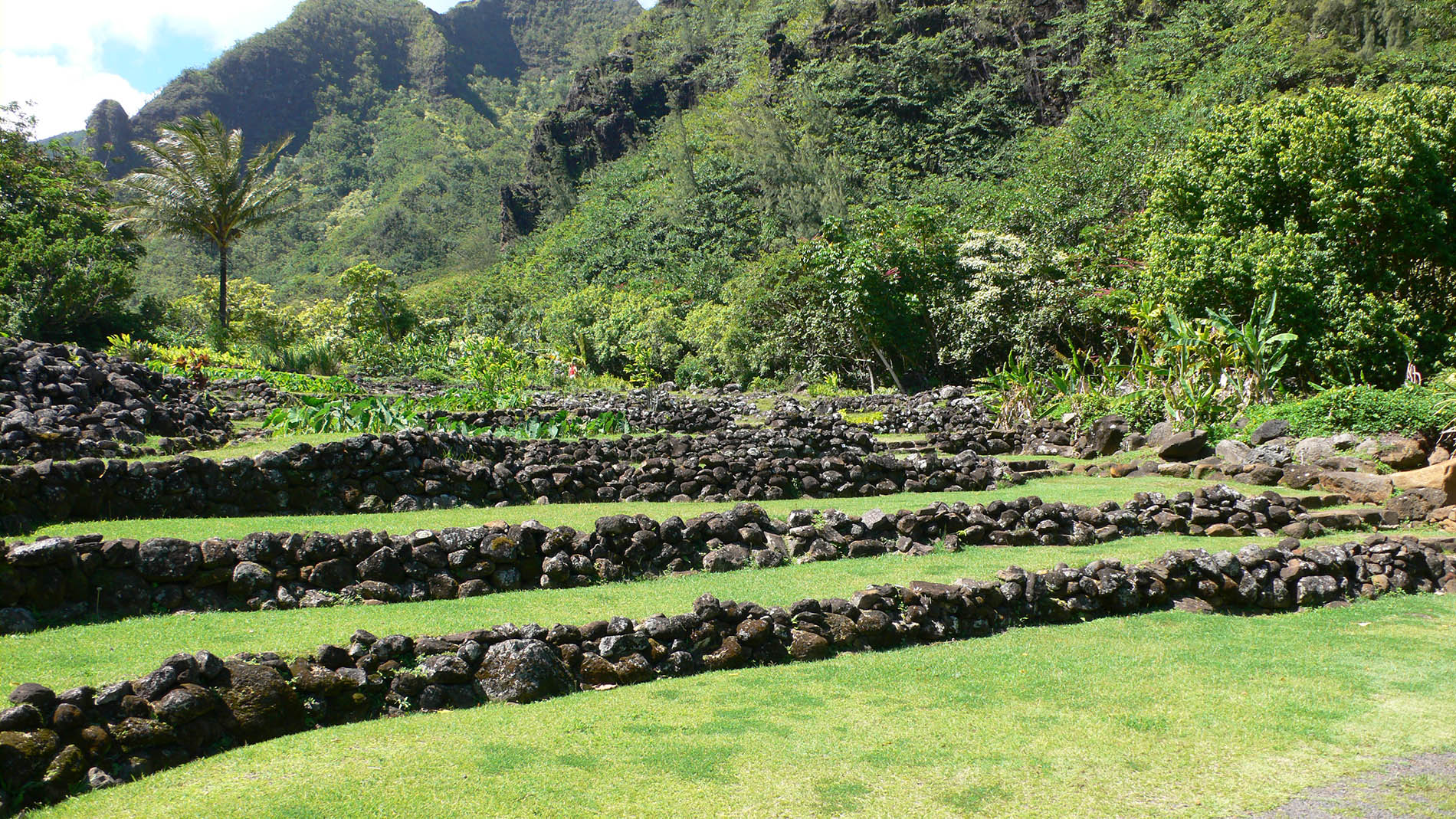 Limahuli Garden in Haena, Kauai, is managed in the centuries-old tradition,

The name “Kanaka” appears on streets and creeks and valleys and parks in California, Oregon, Washington, British Columbia, and even Nevada. In Hawaiian the name “kanaka” means “a human being.” More specifically, it refers to a Hawaiian of Polynesian ancestry.

In the United States, people of Hawaiian descent are categorized as Pacific Islanders, a label that includes many cultures. The story of the kanaka who settled on the Pacific West Coast is little known.

Kanaka served as crewmembers on ships plying trade routes on the Pacific Ocean since the 18th century. The Sandwich Islands (Hawaii) were important to hire fresh crew and board supplies.

In 1839, John Sutter was in the Sandwich Islands ready to sail his chartered vessel for Northern California and found his empire of New Helvetia (New Switzerland) there. He recalled that the king (Governor Kekuanoa) offered to supply 10 kanakas, who were able seamen, two with wives, who were willing to go to California to serve him for a three-year period at a salary of ten dollars each a month.

During the 1800s, Kanaka spread throughout California, Oregon, Washington, and Vancouver, B.C., and even into Nevada. There are many sites that testify to their presence in the past. Some of their descendants intermarried with Native Americans and whites.

The skills and talents of the kanaka made important contributions. Their culture deserves widespread recognition.