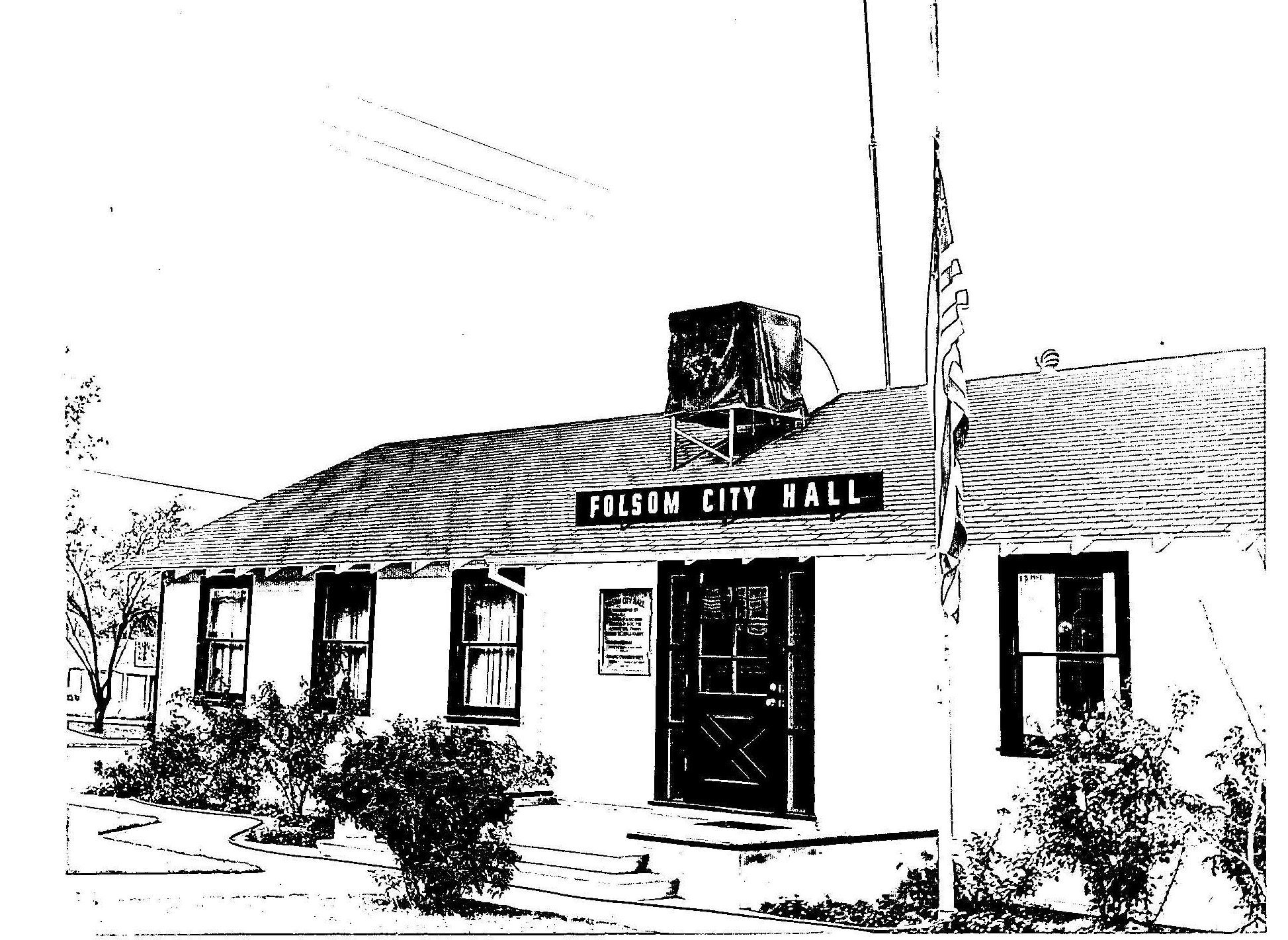 Folsom’s first city hall was on Coloma and Persifer streets, near the edge of town

Even though World War II was not over, concerns about a series of powerful floods in Sacramento in previous decades led Congress to pass the Flood Control Act of 1944. The act authorized the U.S. Army Corps of Engineers to build a dam on the lower American River.

By 1946, the United States was transitioning to a peacetime economy. The town of Folsom had around 1,350 residents. Local businesses served the farmers and ranchers in the surrounding area. Folsom Prison was no doubt the biggest employer.

A group of Folsom’s businessmen and women anticipated construction of a major dam at the edge of their town, and knew that many people across the country hoped to move to California, where there were more job opportunities. The town leaders were chafing under the actions of the Sacramento County supervisors toward Folsom, which was on the outskirts of the city of Sacramento. Folsom leaders wanted local control, and they wanted their tax dollars used to improve their town.

The civic leaders re-formed the Chamber of Commerce to spearhead the incorporation effort. They presented their petition to the Sacramento County Board of Supervisors on November 11, 1945. On January 7, 1946, the Sacramento County Board of Supervisors unanimously passed a resolution to approve an election. Opposition came from residents who feared they would have to pay higher taxes. The election was held on April 9, 1946. It was close. Of the 548 citizens who voted, 285 voted for and 268 voted against incorporation, a 17-vote difference, and a lesson that every vote counts.

Photo courtesy of City of Folsom

Between 1980 and 1990, Folsom’s population nearly tripled. In 1991, a new civic center was constructed near Folsom State Prison.