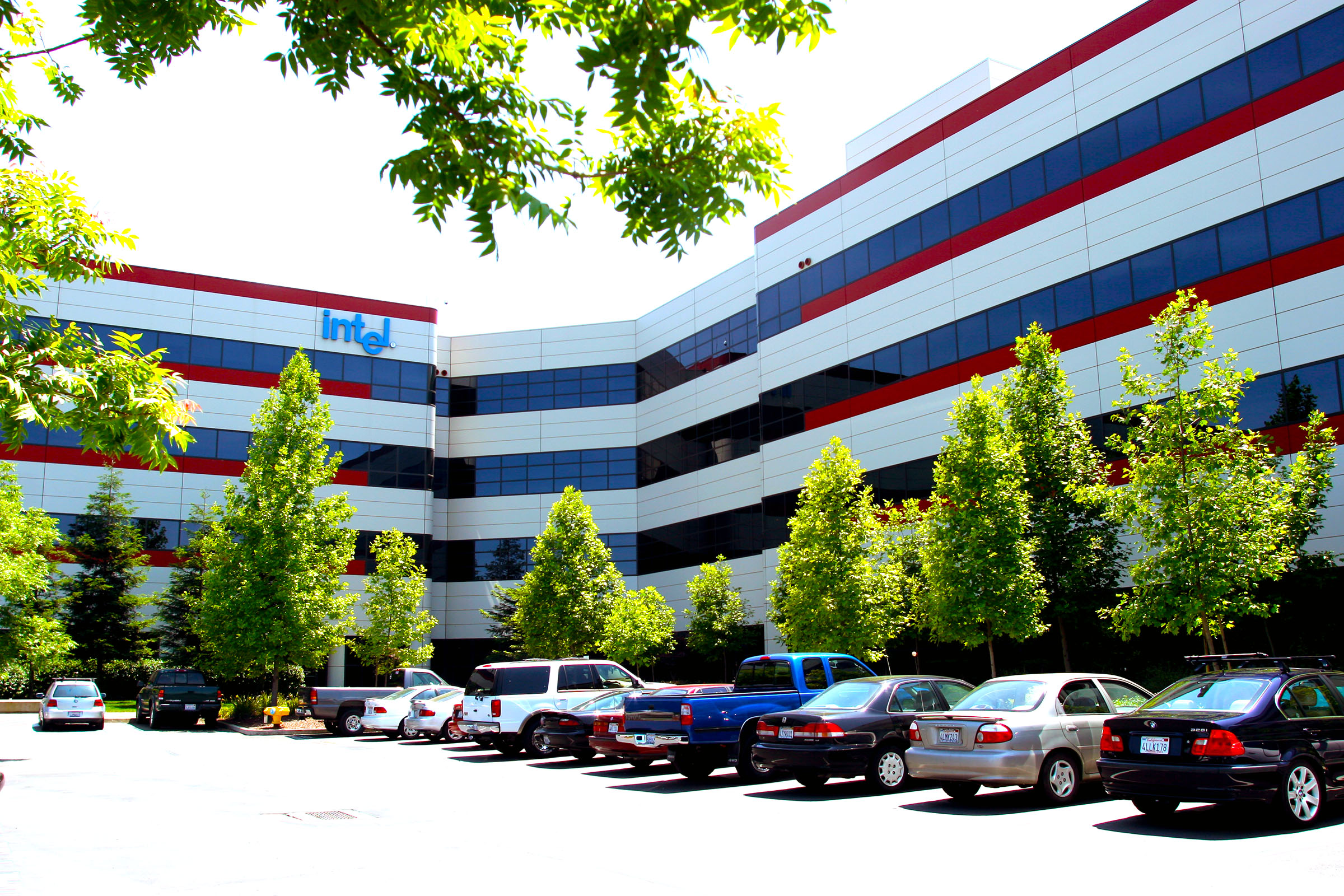 When Intel established its research and development campus at the intersection of Iron Point Boulevard and Prairie City Road in Folsom, the company was releasing its newest, fastest multitasking microprocessing chip, the 286. At the time, personal computers were beginning to appear in the market. Intel’s succession of chip designs dominated the PC market.

Intel’s impact on Folsom’s economy, education and culture is momentous. It offered thousands of new jobs, and changed Folsom from a hub for ranchers and farmers to a high-tech city. Folsom’s population leaped from 11,003 in 1980 to 29,802 in 1990. The City of Folsom marks the population as of 2021 at 82,003, and growing.

The Folsom Intel campus has seven buildings totaling over 1.5 million square feet of office, test floor, and lab space. Folsom High School is across the street.

Intel changed the logo shown on the building in 2005 as the company continues to innovate.