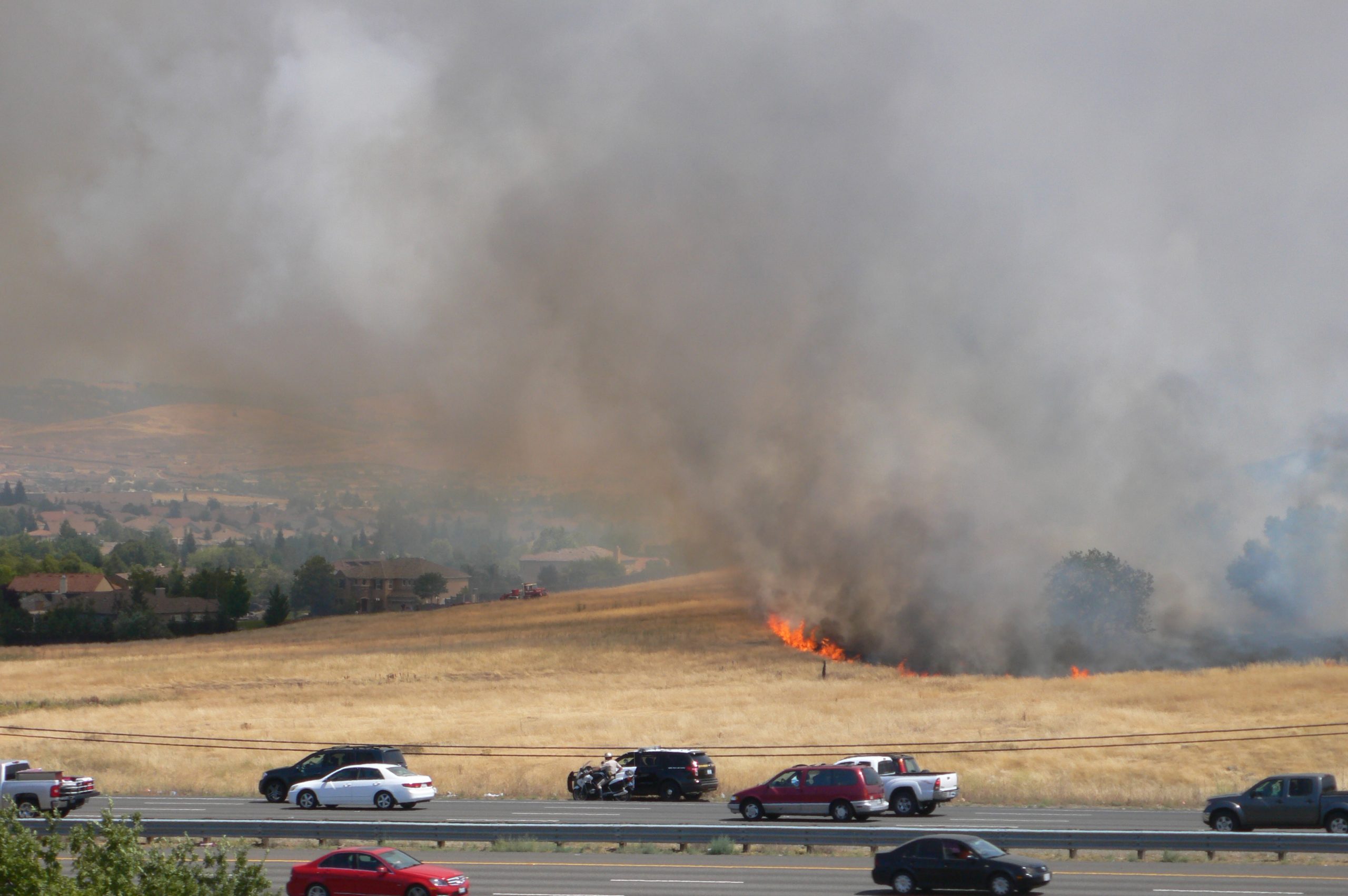 On July 19, 2013, at 2:12 p.m. on a hot Friday afternoon, a fast-spreading grass fire was reported south of Highway 50 in Folsom, east of Sacramento, near the E. Bidwell Street intersection. Several fire agencies responded rapidly and formed a unified command under Folsom Fire Chief Ron Phillips. They worked quickly to hose water on the flames and dig fire lines as the fire ran toward neighboring homes. The fire traveled close enough to char the back of one homeowner’s fence, but no homes were damaged. The firefighters were also able to save the multi-use towers on top of the hill behind the smoke.

Cal Fire Public Information Officer Teri Mizuhara reported the source of the fire was a vehicle traveling east on Highway 50. A piece of metal under the vehicle created sparks that lit the dry grass. The fire was declared contained at 5:15 p.m., with 163 acres burned and no major damage.

In 2013, the site was ranch land that had been annexed by the City of Folsom. Cattle were still being grazed on the 3,500 acres that were approved for development. Residential construction began in 2018 on hills near where the fire occurred. Folsom Dignity Health plans to construct a large medical office building on the burn site, tentatively to open in late 2023. The new medical center will furnish a variety of specialty services as well as an outpatient surgery center.

In the foreground an El Dorado Sheriff’s Deputy stops to monitor the progress and provide any necessary traffic assistance.