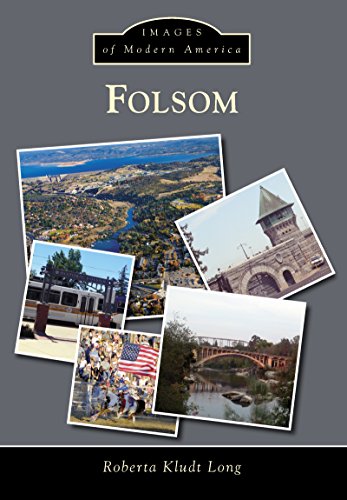 Modern Folsom really began in the 1960s. Folsom was a planned town from the beginning in 1856 and initially had housing and businesses for workers at the Sacramento Valley Railroad depot, turntable, and maintenance shops. During the remaining decades of the 19th century to the mid-20th century, Folsom’s fortunes fluctuated as it served as a hub for gold recovery, the railroad, Folsom Prison, hydropower, and agriculture. Folsom residents incorporated their town in 1946. Anticipating the changes that would come with construction of a large dam on their border, they wanted local control. From the 1960s to the present, Folsom’s story continues as a tale about its people. Their dedication has revitalized the historic district, brought innovative employment, created arts and entertainment centers, and provided high-quality education, civic services, and exceptional recreation choices. Many of them contributed photographs and text to this book.

Buy on Amazon
Buy on Barnes and Noble