Welcome to my website! I hope you enjoy browsing the brief stories from near and far past as I discover and update them. For me, history is a continuum from past to future, and happening every day. Following is a narrative of the ingredients in my life that contribute to HISTORY POTPOURRI. I would appreciate receiving your comments and questions.

I never liked history when I was growing up. History as I knew it was a succession of wars, usually in Europe. The people were two-dimensional, hard to relate to.

Growing up in Portland, Oregon, I learned about the Lewis and Clark expedition in 1804. The most interesting information to me was that Sacajawea (or Sacagawea) helped the exploration party find the way. I also learned that thousands of people traveled on a Pioneer Trail across a desert beginning in the 1830s to settle in the Oregon Territory, where there were native people who didn’t want them there.

The one historical person who sparked my interest was Joan of Arc. A bronze statue of her, a replica of the original in Paris, was mounted in the center of a roundabout where my family would wait for the bus. I was about six when I asked my father who the girl on the horse was. He replied, “That’s Joanie on the pony,” and told me how the young peasant girl led the French soldiers to save King Charles VII. Now that’s a good story.

What I loved was stories. My father’s relatives would tell stories about their families who lost their homes in southern Germany when Napoleon burned their farms and villages on his march to Russia, and the Germans resettled in Odessa at the invitation of Czarina Catherine of Russia. After several years, they were forced to leave, and were able to resettle again, this time in the Dakota Territory in North America. 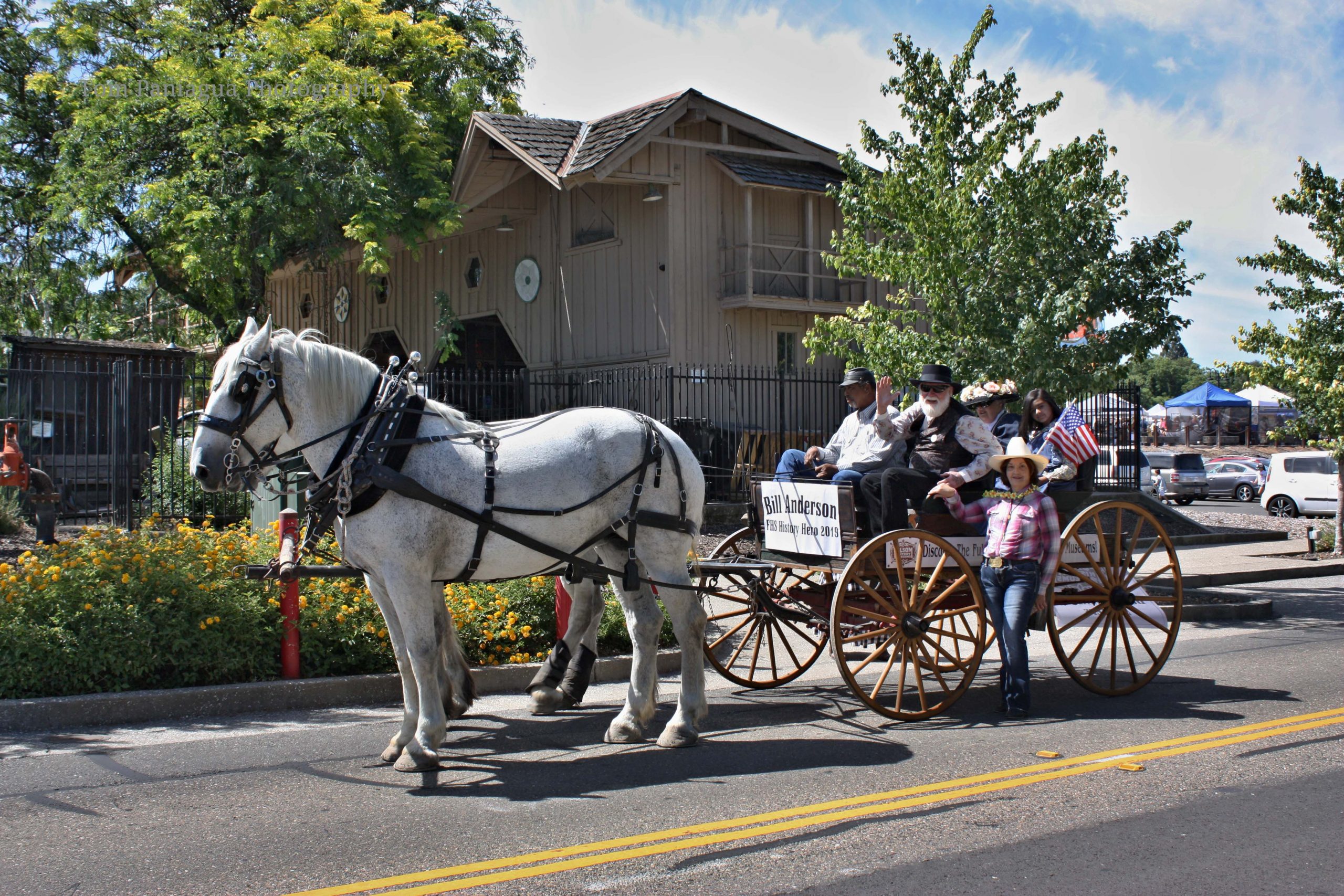 My mother’s mother told me about how her mother, my great-grandmother, and two sisters, ages 12, 14 and 16, traveled from Czechoslovakia to America alone by ship huddled together in steerage. Before I could read, my father read stories to me and my brother after dinner, mostly about animals who could talk. He was a dramatic reader, eliciting audible responses from his little listeners. Six years old and in first grade, I made the connection between the symbol of the letter “a” and the sound it represented. It was the key to the magic kingdom, where I met people I would never know and visited places I would never see. Reading gave me pleasure in good times and escape from unhappy times.

At Marylhurst College, in Lake Oswego, Oregon, I majored in Spanish culture and language, and was introduced to the literature of writers from South America, the Caribbean, Mexico and Spain.

On my own after graduation, I was hired by a maritime law firm in Portland as a legal secretary due to my English skills. The work was international, and sometimes cases would rise to the U. S. Supreme Court. While there, I learned the value of precision in writing, selecting the exact words and the proper order to convey meaning.

Eleven years later, I was in Sacramento, married, and enrolled in the Public Administration Master’s program at Sacramento State University. I had always thought that taking care of my home and family extended to the community around me, and I volunteered to serve where I could. Government service appealed to me, but when we moved to Georgetown, a Gold Rush village in El Dorado County east of Sacramento, I put that education to work serving on citizen committees and co-founding what is now the Center for Nonviolent Relationships in Placerville.

Some people think that entrepreneurs are born, not made. Maybe some are. But in my case, I started my public relations business from a cedar log cabin in the Eldorado National Forest because there were no options. The only talent I had that people would pay for was writing. There were many small businesses and artists who could not afford big city prices. Gradually, I developed a clientele for writing press releases about their businesses. Then I studied photography at community colleges and splurged on a Leica camera. By and by, the features editor at the newspaper told me that she never had to edit my submissions because they were well written, and my photography was up to their publishing standards. I was invited to become a correspondent for the newspaper. It was a fascinating time. I covered school events, forestry and water issues, arts, sports, business, economic development, technology, and government. As a result of my education features articles, I was offered contracts with eight school districts.

Eventually, I served as managing editor of three community newspapers: Folsom Life, Village Life, and Cameron Park Life. It was a privilege to publish the stories of these neighboring, but distinct communities. So I could keep up the pace, we left our mountain cabin and moved to Folsom. The recession of 2008 ended the life of Folsom Life, and I returned to freelance writing.

I found writing stories for readers to be addictive. I was contacted by Arcadia Publishing and asked to write a book about modern Folsom. It was to be the first book representing a modern city in color photographs. It was a perfect fit for me. The book was published in 2015. Some of the people and places are already part of the past. More books are in the works, and HISTORY POTPOURRI will have updates and changing stories.