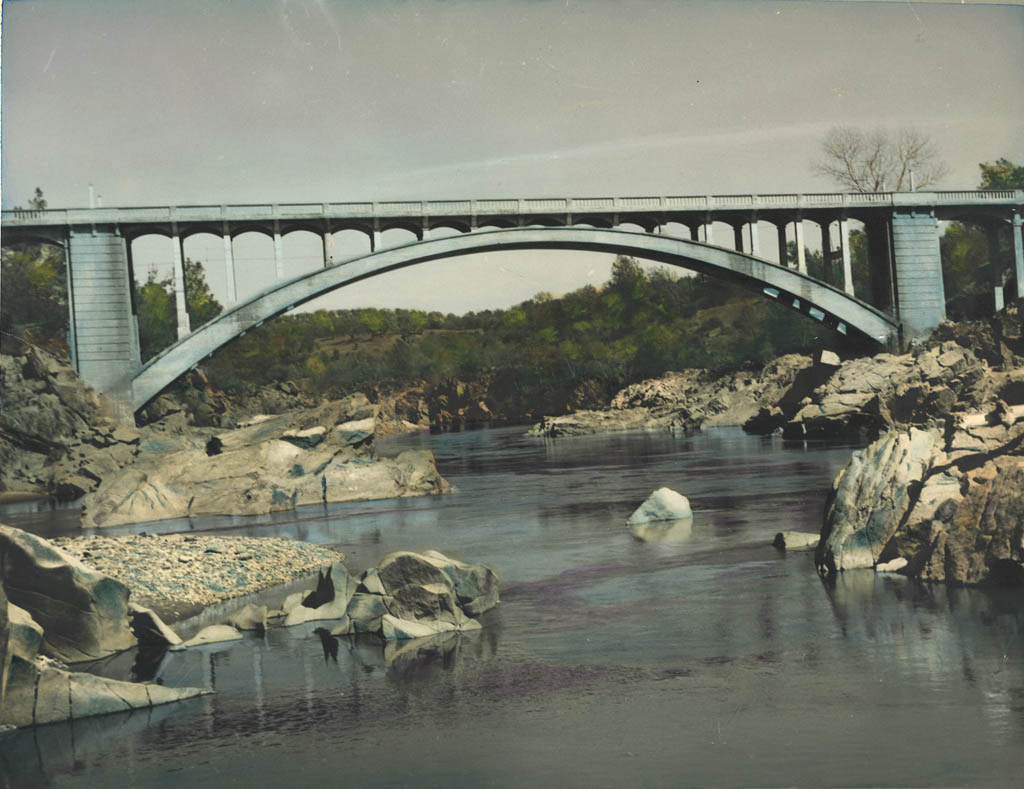 There are spectacular bridges, and there are ordinary bridges. And some bridges are part of the fabric of the cities they grace. The Golden Gate in San Francisco, Lions Gate in Vancouver, B.C., and the Charles Bridge in Prague, Czech Republic, are but a few.

The Rainbow Bridge in Folsom is part of the fabric of the city, small but beautifully designed, and much loved, not to be replaced, but protected, restored and updated.

The story of the Rainbow Bridge parallels the popularity of the automobile in the early 20th century, the building of highways, and the importance of bridges to connect communities.

In 2019, the City of Folsom celebrated the centennial of the opening of the Rainbow Bridge. Hopefully, it will serve many more years.

When the Rainbow Bridge was constructed in 1917 to replace the Truss Bridge, the Truss Bridge was moved to Siskiyou County, near the town of Walker. It remained there until 2000, when it was returned to Folsom and reinstalled on its original footings next to the Rainbow Bridge, where it serves as a pedestrian/bicycle crossing from the Historic District to miles of paved trails.