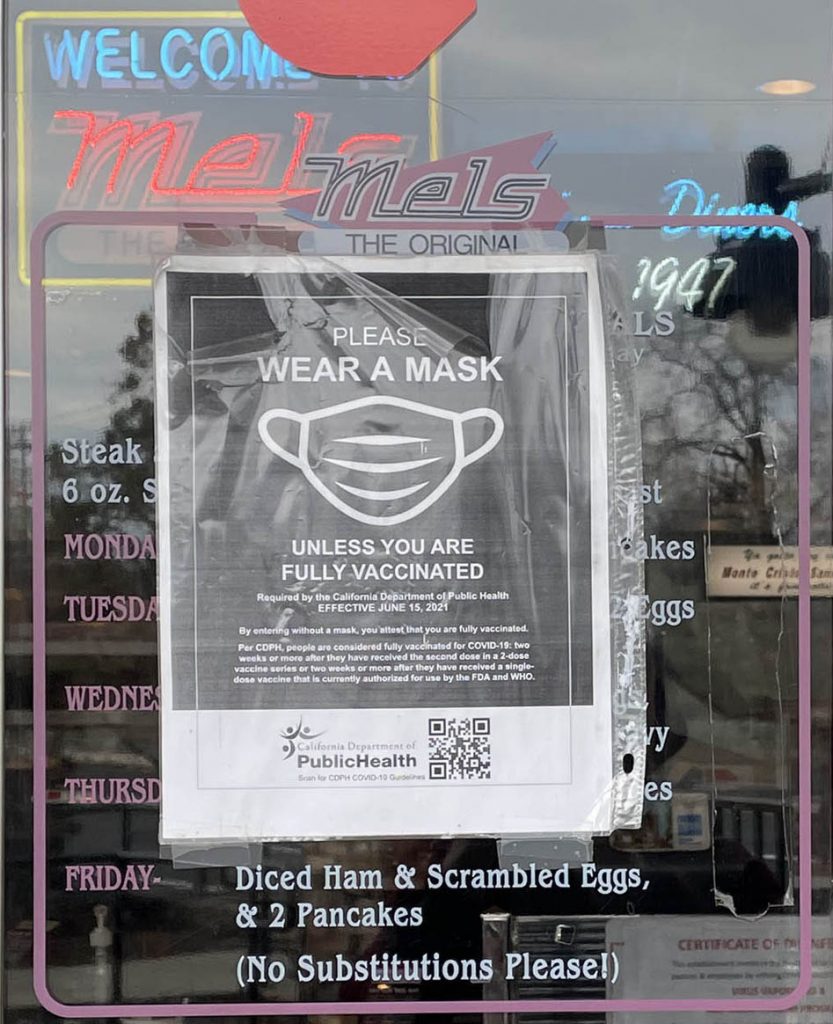 In the two years between 1918 and 1920, an unknown strain of influenza virus ravaged the health of people around the world. Named the Spanish flu, it was the deadliest virus of the 20th century., earning the title, “Mother of all flus.” COVID-19 is ranking first in the 21st century in total numbers and widespread disruption so far.

When the Spanish flu first appeared in 1918, World War I was in its fourth year. Countries in Europe, Africa, Middle East, Asia, South and North America were involved in a series of battles. The United States joined the conflict on April 6, 1917, when it declared war on Germany, after German submarines sank several United States merchant ships. The war ended 1-1/2 years later, on November 11, 1918.

Casualties from World War I are estimated at 15-22 million killed in combat, 23 million wounded, and 13 million civilian deaths due to starvation, exposure, disease and genocide.

Where and how the Spanish flu originated is still not clear. In the summer of 1918, the press in Spain, a neutral country, reported 8 million Spaniards, including King Alfonso XIII, had contracted the disease.

It could have been called “Kansas flu.” It may have started with the company cook at Camp Funston, Fort Riley, Kansas, where 54,000 men had gathered for basic training. On March 4, 1918, the cook reported sick with a fever of 104°F. By a few days later, 522 soldiers reported ill, and by the end of the month 1,100 soldiers were admitted to the hospital with influenza. Soldiers from Camp Funston were deployed to France.

The American public had limited knowledge of the pandemic spreading throughout the country and the world. President Wilson refused to acknowledge the 1918 influenza, even though he contracted it in April 1919 while in Paris meeting with other world leaders. Wilson viewed anything negative as hurting morale and harming the war effort.

The U.S. Center for Disease Control and Prevention estimates 500 million people were infected with Spanish flu, one-third of the world’s population. Deaths are estimated at a minimum of 50 million. In the United States, 675,000 deaths were counted.

Medical researchers did not know about viruses. They did not show up in the laboratory microscopes. There were no vaccines, no medications to fight bacterial infections, and no ICUs. Isolation, social distancing, and hygiene were the only counter-measures.

The influenza virus that caused the 1918 pandemic was not discovered until the 1930s. Since then, other viruses have been identified, and vaccines developed. None of the pandemics since the Spanish flu have proven to be as threatening as COVID-19.

COVID-19 is highly infectious. It is called a “super-spreader.” It operates like a phantom, by stealth, because it is not easily seen. It is wily, morphing into different forms. The virus has a long incubation period, when people can spread the disease before they know they have it. Others can be asymptomatic, but still carry it. Unlike polio, where photos of crippled children were everywhere, and people rallied to discover and disseminate a vaccine, COVID-19 is shadowy, with symptoms that often mimic a seasonal flu or cold.

When the first confirmed case was reported in January 2020, the United States was divided politically, culturally, and economically. Opposing views continue to harden on one of the most fundamental issues–reassessing what kind of country do we want to live in, and how do we want to be governed. In dealing with COVID-19, one side treasures personal choice; the other, community responsibility. These views apply to willingness to be vaccinated, wear a mask, or maintain social distancing.

In the United State, a pandemic was declared in March 2020. The country was not prepared to shut down.

The economy had not fully recovered from the recession in 2008-2012. Society had only partially adopted to the changes brought on by the digital age. To make a difficult situation worse, government leaders and medical science experts often gave confusing or changing information as the pandemic unfolded, not to mention all the other dubious facts and theories that circulated.

America’s health care infrastructure had been neglected or reduced for decades. There were not enough public health services, emergency beds, ICUs, rural hospitals, medical staff, or mental health services to handle the volume of patients. Communications systems had not been installed or upgraded.

In many areas, schools were closed, and children were sent home to learn online­–except many had no computers nor internet service. Non-essential businesses were shut down. Working from home became the norm for anyone who could. Governments lost sales taxes used to provide services. Air travel was almost nonexistent. We were in lockdown for two years, separated physically from family, friends and co-workers. It took a toll.

Governments and pharmaceutical companies invested heavily in a race to develop a vaccine that would put a halt to the spread of this dangerous disease. In the United States, mass vaccinations were given starting December 13, 2020. On March 1, 2022, two years after COVID-19 was declared a pandemic, and 15 months after vaccines became available, 64 percent of people in the country are counted as fully vaccinated.

As case numbers slid rapidly in February 2022. By March restrictions were lifted, and people began to put the pieces of their lives back together. After two years of living with COVID-19, around 78 million people contracted the disease, 24 percent of the United States’ population. Over 940,000 deaths were reported.

The COVIC-19 pandemic may have devolved into an endemic, always with us but with a squeak more than a roar if we continue to control it. Those who do contract it may also have what is called Long COVID, after effects that can last a lifetime. Similar long-term effects are seen with diseases such as malaria, polio, and Lyme disease.

One lesson became starkly apparent: humans are social creatures. As healthy people, we need to give and receive social support. Even those who escape contracting COVID-19 experience the deprivation of a society that is more or less locked in place.

The one thing that comes to mind when I think of COVID-19 is widespread trauma. As a whole, Americans experienced panic, uncertainty, loss of control, exhaustion, and mental confusion. As if COVID-19 weren’t enough to deal with, we had an increasing number of severe wildfires, floods, drought, earthquakes, and volcanic eruptions, leaving people displaced, and now another war in Europe.

For the first time since the 1970s, I was told by young people that they were considering not having children because they did not want to bring them into a future that would not be safe. In the 1970s, the concern was the threat of nuclear disaster as Russia and the United States engaged in a competition to stockpile nuclear weapons. Talks between United States presidents and Russian leaders to limit nuclear armament went on from 1967 to late 1970s.

Difficult times bring out compassion in many people. Small acts of caring, such as helping the elderly and others who are physically disadvantaged, are more common. Medical staff at our community hospital volunteered to form a strike team to visit nursing homes to identify and treat residents with COVID. First responders everywhere risk their lives to save others in emergency situations. The owner of our local Ukrainian cafe arranged to raise funds to support the people in Ukraine, whose country was invaded by Russian military on February 24.

There are bright spots. Children in our neighborhood from different ethnic families who had little contact pre-COVID spent hours daily playing together during lockdown. Two babies, a boy and a girl, were born.

The challenges we face today, including a worldwide health crisis, were years in the making. Now it’s time to face them. This is a test.